What’s your favorite kind of sweet treat? Chances are, some kind of pie probably made your list, especially classics like pumpkin pie, pecan pie, and apple pie. Yummy!

Over the years, I’ve made a lot of homemade pie crusts for a lot of different pies, everything from cherry pie to chicken pot pie. And I can’t fathom ever buying a crust from the store! Homemade pie crust takes only minutes to make yourself, especially if you use an easy recipe, and it’s delicious. Not to mention that it’s affordable AND doesn’t contain any preservatives if you make it yourself.

Here are 4 different kinds of homemade pie crusts you can experiment with in your kitchen, whether you’re making Thanksgiving pumpkin pie or summertime cherry pie.

Regardless what recipe you use, always roll homemade pie crust between two pieces of waxed paper, then transfer the rolled pastry to your pie plate. This makes it easy to roll and shape the dough without overworking it, and it also keeps mess down. (Just don’t let it set on the paper too long, as the waxed paper may absorb some of the fat and make the pastry tough. Don’t ask me how I know this. 😉 )

Also, if possible, use a pie plate with an edge. Remember those traditional Pyrex pie plates Grandma used? There’s a reason they’re so popular. Those pie plates work great at producing a crisp, easy-to-form crust structure. I highly recommend that if you’re going to bake a lot of pies, spend a few dollars on a pie plate from a thrift store or a garage sale. (Honestly, I ALWAYS see these pie plates at thrift stores. Always.)

When making pie crust, however, always follow this rule: Don’t overwork the dough! Instead, “fluff” the dough with your fork until just combined, using your hands to gently gather crumbs together. Too much kneading results in tough crusts. Yuck.

This is my all-time favorite kind of homemade pie crust! Even though I realize that vegetable oil isn’t the healthiest oil to use (unless you use avocado oil), this crust is very easy to make and use. In fact, I think it’s easier than traditional homemade pie crust recipes using hard fat like lard or shortening.

Need a recipe? Check out this oil pie crust from Chocolate with Grace. (This is very close to the recipe I use.)

More traditional crusts use a hard fat like lard or shortening. (If you’d rather not use either of those ingredients, you might be able to substitute another hard fat, like coconut oil, butter, or palm oil “shortening.”) While they’re delicious, these traditional crusts are a little more finicky in my opinion. Specifically, they’re harder to blend without over-mixing, especially if you’ve never made homemade pie crust before.

Need a recipe? Check out this pie crust recipe at Genius Kitchen. (This recipe is very close to the recipe I use.)

If you have someone in your family who doesn’t have a strong digestive system or can’t tolerate phytic acid, try this recipe. It combines the phytic acid-busting abilities of sourdough with a rich pie crust recipe.

Need a recipe? Check out this sourdough pie crust from Cultures for Health. (This is the recipe I use.)

I first discovered the hot water crust while watching the Great British Baking Show. I’m very familiar with baking, but I’d never heard of this kind of pie crust before. It looked so interested, so I searched the internet for a recipe and finally converted one from metric. The result? A sturdy crust that was still like a pastry! 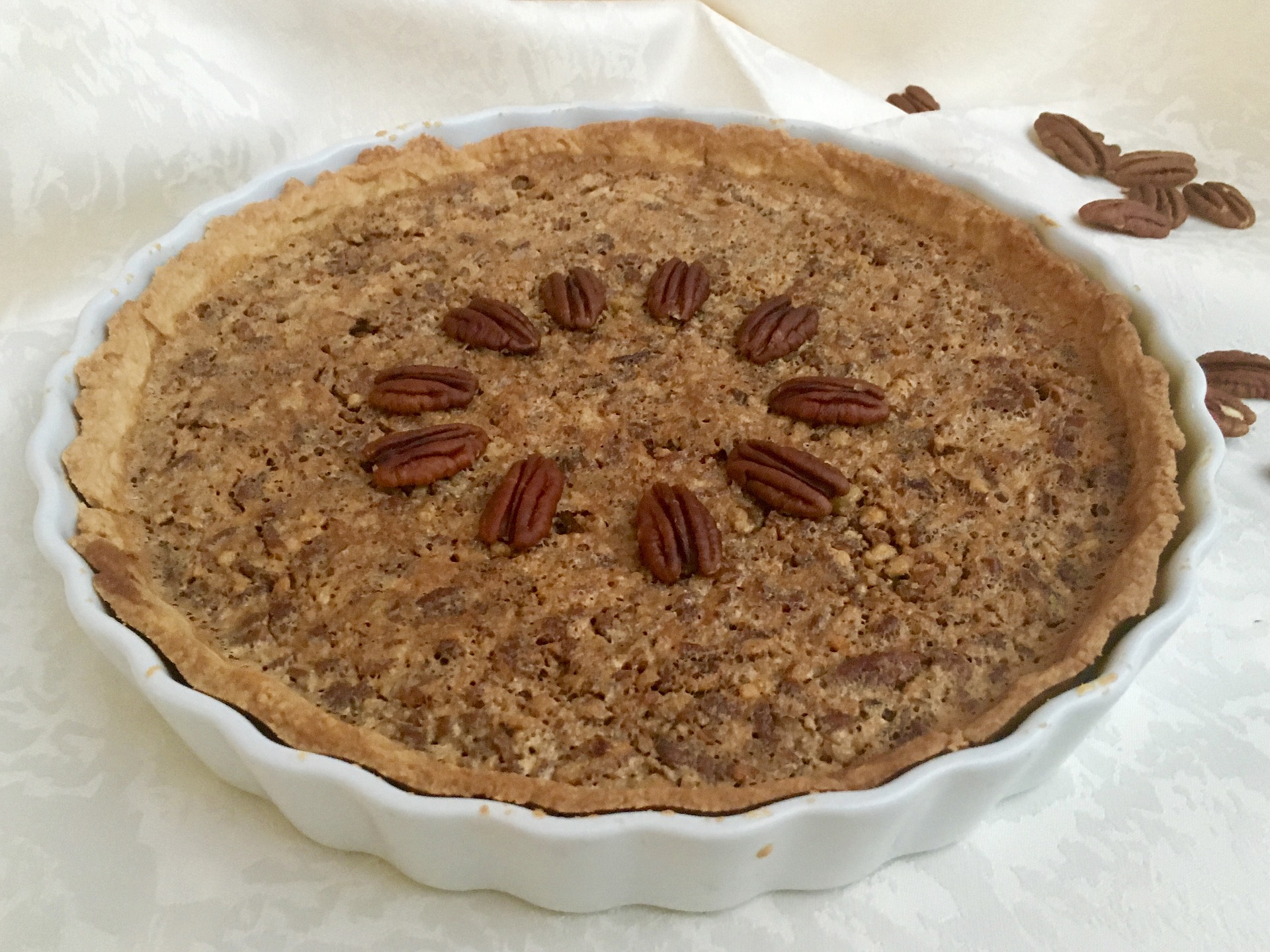 Craving a pecan pie for Thanksgiving or Christmas? Don’t settle for corn syrup! Instead, substitute sorghum syrup (or honey, if you don’t have any sorghum) instead. Sorghum is commonly found in Amish and Mennonite stores, and it’s basically a sweet kind of molasses that melds beautifully in a pecan pie!